This post was written back in May 2012 for my Fitness Business site. It made a big impact there, so I figured it was worth sharing here!! It’s so fun for me to read this and think back to where we were, what was going on, and be so THANKFUL for what we learned along the way! :):) I encourage you to journal your journey so you can do the same thing!!

We’ve all heard the phrase “Oh those are growing pains you’re feeling.” It’s a phrase used to explain stress/anxiety when someone is going through a life change like switching jobs, moving to a new city, getting married, having children, sending their kids off to college, losing a job, losing a loved one, etc. Any seismic shift in one’s “normal” results in a series of emotions, which are often referred to as “growing pains”. Growing pains are associated with, well, pain, discomfort, sadness, grief, depression, but they are called “GROWING” pains because of the promise of something much bigger on the other side.

Right now I could say Ben is experiencing “growing pains” because he is teething. We are in the midst of sleepless nights, crying out of the blue, chewing on everything. But we can endure it because we know that at the end, he will have a couple new teeth that will help him to continue to grow. Although it is tough, and there is nothing I enjoy less than hearing my baby cry and scream in pain, I know that MANY others have been through this before, and have come out of it just fine- with no memories of it even.

I decided to blog this week about something that is very personal and vulnerable to me. As a business owner and “leader” of sorts, this is actually very uncomfortable to do (I suppose you could consider it a type of growing pain!). But I think it is of upmost importance in this particular field, because if you haven’t realized it by now, “fitness” and “health” is about so much more than just fitness and health. Often times, the ultimate goal is stated as “to be healthy, to lose weight”. But that is honestly not the reason… for anyone! Yes you want to be healthy… but WHY. What is the goal of that goal? So you can live longer? So you can spend time with your kids? So you have energy to ENJOY your life and not let it pass you by? Those are the real reasons, but often we don’t think of them in our conscious thoughts.

So all that to say, I have been experiencing major growing pains lately. Those of you are currently an active part of TREO know that a lot has been going on! From the Fit in 40 challenge, to the group 5k, to the launch of a new line of Supplements, to a huge charity event we’ll be hosting in June… and everything involved in each of those. Jason and I threw ourselves (along with our employees) into a whirlwind of activity, often asking ourselves- are we moving too fast? Right around the time that I was borderline having a panic-attack (not entirely seriously… but close), we read a blog post by someone we respect. It talked about not waiting until you’re “ready” before moving forwards, because you’ll never be ready. Use the forward pressure and momentum to your advantage, go with it, do the best you can, and you’ll be amazed at the results. It is almost always awkward, uncomfortable, and painful at times, but it is also almost always worth it. We decided to pick ourselves up by the boot straps and keep pressing forwards.

There are times when things are going GREAT and everything appears to be lined up. Then there are other times where things are not going perfectly at all. If 10 great things happened, it is almost always easily overshadowed by 1 negative thing. THIS is a growing pain. Teaching yourself to deal with the 1 negative thing, turn it into something positive and move forwards. Do it right the first time, because next time will be much harder. Learn from your mistakes and be stronger.

So I thought I would share this personal experience because I can honestly say it has helped me to change my outlook on life recently:

All through middle school, high school and college I was SO SHY. I know it is probably hard to believe now (haha) but I really was so incredibly shy. I had very little confidence and was constantly insecure.. about how I looked, what I was wearing, what I said and what I did. Anytime I had to present a book report, or even answer a question in class, my hands shook, palms sweat, heart raced and face turned beet red.  I got made fun of all the time for it- which of course made it worse (beet red turned to plum purple). When I got to college, I had to take a public speaking course in order to get my degree. I had anxiety for WEEKS before the class started. Any time I even thought about it I would start to feel shaky and my heart would race. I was so scared. I ended up taking it in the summer since I figured 3 weeks of 3 hour classes was better than a whole semester of torture. I made it through, passed the course, and lived to tell about it.

What’s really interesting, though, and what struck me recently, was on the night of the Fit in 40 orientation, Jason said to me, “So did you ever think you’d be speaking in front of 85+ people?”. I couldn’t believe I hadn’t thought of that. I felt so comfortable and natural, I wasn’t even nervous about it for a second. That caused me to look back at the past few years since college, and try to identify where that all changed. I remembered how I had started teaching group exercise classes about 4 years ago. I remember how nervous I was for hours before each one. I remember at times wanting to quit and stop doing it, even though I loved the idea of teaching them, and I loved making “fitness” fun for people. It progressed from there, to getting a bigger class to teach, to starting Group Personal Training with Jason, to increasing the classes from 2/week w/ about 4-7 people per class, to eventually 20/week with 15+ per class. All the way to where I am now, doing what I love, and not being able to imagine life any other way.

Maybe that was TMI…. but here’s my point: It took someone else (in my case, Jason) reminding me that not long ago, I was a girl that had you told me I’d be leading an orientation of 85+ people, she would have laughed in your face.

As a result, instead of being anxious and stressed about the growing pains I’m experiencing right now, I have been able to change my outlook based on where I once was and where I am now, and imagine where these growing pains will take me in the future. It took much longer than 4 years to get me where I am today. And I could have easily quit back when I started and decided that it wasn’t for me (why would something be “for me” if it’s so uncomfortable?!”). Let me be the one who reminds you to look back on your life and see how far you’ve come. Although you can feel the “pain” of growing, you don’t always “feel” the growth itself. By the time we’ve grown, we’re onto the next thing and never stop to be proud of ourselves.

I am making a point to identify the areas of my life that I have become complacent, and if you are at all challenged by this, I suggest you do the same.

There are so many areas that it is just simply easier to stay comfortable. To stunt our growth. The greatest and most influential people in the world are never comfortable. The second they are, is the second they stop moving forwards. Use this forward pressure. Be better every day. Allow yourself to dream big and allow yourself to fail. If you get caught up in the stress and anxiety of everyday life, like I did for a long time, you become inward focused and you poison and pollute your mind with lies. Do not underestimate your will, your mind and the power of self-belief and positive thinking. “Weak will, weak body. Strong will, strong body”. Do not forget it!

Book a Free Call with Emily to help you get UNSTUCK! 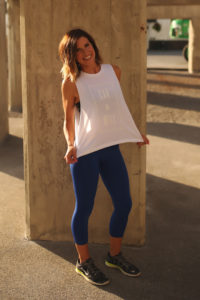 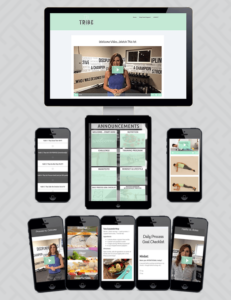